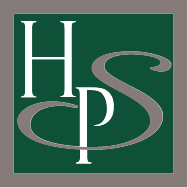 Targeted Probe and Educate (TPE) is continuing to be a problem for Hospice providers with some advancing to rounds 2 and 3 of the audit.

This demonstration, which includes hospices receiving 20-40 claim requests for Additional Development Requests (ADR) in each round, have hospices wondering if they are going to be targeted next.

Hospices failing to show improvement after round 3 will be referred to CMS for next steps which may include 100 % prepay review, extrapolation and/or a referral to a recovery auditor placing the agency’s viability at risk.

HPS is experiencing many ADR denials for both technical issues and documentation not supporting the terminal prognosis, which results in agencies being unable to stay under the MAC (Medicare Administrative Contractor) error percentages.

In order to avoid advancing to the next round of TPE, the hospice’s calculated error percentage at the end of each round must be less than the percentage set by the MAC below:

Overall, the Top ADR denial reason continues to be for lack of documentation to support the required six months or less prognosis.

CGS reports, “69% (improved from 73%) of claims reviewed from October 1, 2017-September 30, 2019 were denied because the submitted documentation did not support a terminal prognosis of 6 months or less with Face-to-Face (F2F) denials for claims falling in the third benefit period and beyond accounting for 7% of denials and invalid hospice plan of care for approximately 6% of the total TPE denials.”

NGS reports, “Issues with documentation not supporting terminal prognosis continues to be the reason why providers will be moving onto round two and three of TPE. Other denial reasons include invalid, missing or untimely hospice verbal/written certifications and physicians certification statement not present or invalid.”

Palmetto GBA reports, “Denials for invalid/missing Hospice election Statement, invalid certifications including missing physician narrative, missing plan of care and IDG documentation for the dates of services billed and documentation does not support the level of care billed including GIP services not reasonable and necessary.”

What does this mean?

Avoid denials for hospice eligibility by focusing on documentation to support disease progression of the terminal illness and related conditions including the following:

Our Targeted Probe and Educate consulting team would be happy to assist with reviewing charts that have been selected for ADR reviews or answer any additional questions you may have. We are currently assisting agencies across the country through TPE.

*LCDs are specific to each MAC and provide Medicare hospice coverage guidance for providers.

Click on your MAC to obtain its hospice LCD(s): NGS |  CGS |  Palmetto